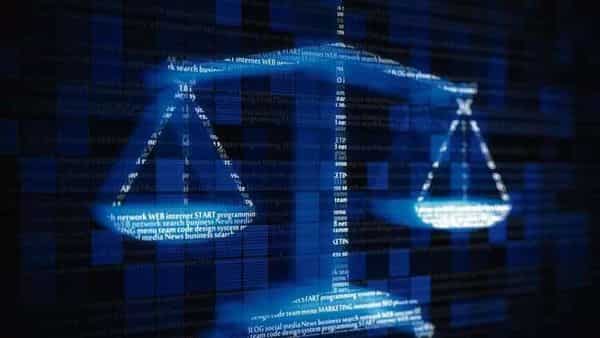 There are no clear rules regarding jurisdiction when we are faced with smart contracts within a distributed ledger technology environment (the best known, blockchain). Derived from the vast innovation and investment in smart contracts, it becomes crucial to discuss which solutions could be adopted.

Firstly, I will briefly address what blockchain and smart contracts are. Then, I discuss if the current legal system is able to answer to smart contracts’ problems. Finally, I will assess other possible solutions.

As defined by RASKIN, blockchain/ distributed ledger technology is a “decentralized collection of data that is verified by members of a peer-to-peer network”.[1] To better understand blockchain, two things must be considered. First, data is within “blocks” and each block is connected with its respective predecessor through “hashes” – the result is a chain of blocks. Second, it is decentralized, meaning that whenever there is a transaction, it is not approved by just one entity or member but by a majority of members[2]. What makes this data reliable is the fact that blocks/nodes are tamper proof for they cannot be changed, unless another block/node is added and accepted by the majority – “consensus mechanism”.[3]

To understand if private international law is capable of answering smart contracts’ problems, the applicable conflict rules must be analysed. At the outset, it bears noticing  that  there are no applicable International Treaties (Article 25 Rome I Regulation) in this regard.

One may contemplate the possibility of considering blockchain networks as a company. In this case, the written conflict rules would not be applicable (1ºn1 f) Rome I Regulation). However, in the view of ZIMMERMANN, with whom I agree, the technical cooperation that exists inside a blockchain network does not suffice to consider it a company. [8]

Nonetheless, we must consider the difference between two types of blockchain: i) permissionless (public) and ii) permissioned (private). The first one is a non-centralized blockchain and any user can join the network[9]; while, in the second one, participants need authorisation to transact with one another and they are known and authenticated.[10] The latter would be much easier to be considered as a company, whenever the parties possess company status.

Blockchain transactions are completely independent of the location of the parties[11]. Users can be all over the world. Besides, in most cases, pseudonymity will make it very difficult to identify their location.

When considering the Principle of the Closest Connection, we need to have a contract in hands within the meaning of Article 4º n1 a) to h) Rome I Regulation – this proposed solution will depend on the smart contract in question.[13]

If both Article 4º n1 and Article 4º n2 Rome I Regulation fail, for example, “because the smart contract is an exchange contract or because several parties without common habitual residence have to effect the characteristic performance”, Article 4º n4 Rome I Regulation will apply[14] – but then again, how viable is it to consider the “law of the country with which it is most closely connected” when considering smart contracts?

Regarding the Principle of Party Autonomy (Article 3º Rome I Regulation), it would be possible to establish a connection to a legal system even if the smart contract only operates in a virtual context and parties would be able to choose a legal environment that mostly protects their position.[17] However, such choice does not need to be express (Article 3ºn1 Rome I Regulation), which can raise some problems when interpreting whether a certain smart contract has within it an “assumed” legal jurisdiction.

Many authors consider that code is law[18], rendering our current legal system obsolete.[19] Similarly, it is understood that smart contracts are the “technological alternative to the whole legal system”.[20]

Within this understanding, comes into life the possibility of a digital jurisdiction – in which the services provided by blockchain technologies would act as a normal jurisdiction. This would enable dispute resolution without leaving the digital world and without the need to file a lawsuit before an ordinary court.[21]

Examples of such initiatives are growing, such as Aragon[22] (which is composed by randomly selected Aragon users that are paid in tokens in return for their work, and may be subject to penalties, if decisions are not made or are overturned[23] ) and CodeLegit[24], between others.[25]

Even though a digital jurisdiction might seem a good answer for smart contracts’, it h to be borne in mind that: i) blockchain does not exist in a void, ii) the applicability of laws relates with State’s monopoly of use of force [26] and iii) a good decision is only made when it can be enforced[27] (which might not be the case in a digital jurisdiction, unless new entities are created).

On one hand, while considering normal international private law might provide legal certainty, it might not be able to deal with the specific characteristics of smart contracts (ex: self-execution). On the other hand, the idea of digital jurisdictions would shake the basis of our legal understanding and enforcement structure (some consider that it would never prevail over a State’s jurisdiction, unless they agree with such existence ).[28]

Therefore, an adaptation of existing laws to smart contracts would be the most viable solution. That has been the approach pursued by the United Kingdom through its Digital Dispute Resolution Rules, under which parties must choose England or Wales as their juridical seat[29]. Likewise, in Poland, a Blockchain Court[30] based on Polish law has been established. If that is taken to be the future, a European Union regulation should be drafted. Otherwise, Europe runs the risk of possibly losing smart contracts’ related business potentially in favour of other jurisdictions.

Mafalda is currently in the second year of the Master’s Degree in Law – specialization in Law and Technology at NOVA School of Law – and doing a Curricular Internship at the Portuguese Competition Law Authority. Previously, Mafalda completed her Bachelor’s in Law and an Advanced Post-Graduate Course in Banking Law (CIDP) at Lisbon University School of Law.

[18] This concept is from Lessing, even though this is not what he meant in his book (he only meant that code defines what is possible to do in a virtual place), some authors have been using it in such sense. Lawrence Lessig, “Code version 2.0” < Codev2 – LESSIG>.