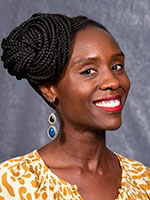 She earned her Ph.D. and Master of Laws in Comparative, European and International Laws from the European University Institute and her BA in Law from the Catholic University of Portugal. She carried on her postdoctoral training as a postdoctoral research associate and lecturer at the Gies College of Business at the University of Illinois at Urbana-Champaign.

She has given academic lectures in comparative corporate governance and on the intersection of contract and corporate law in private companies at the Munich Center on Governance, Communication, Public Policy and Law at the Ludwig Maximilians-Universität, Munich and the European University Institute. Professor Vicente has presented and participated in multiple conferences, namely at the Annual Meeting of the American Society of Comparative Law, the Kent Center for European and Comparative Law, the National Business Law Scholars Conference, the University of Michigan’s Stephen M. Ross School of Business, the European Association of Law and Economics, the Copenhagen Business School, and the Harvard Business School.

Her work is mostly interdisciplinary. Her main areas of interest are business law, civil law, corporate and comparative corporate law, comparative regional development law, contract law, law and economics, corporate and contract governance, history of corporations, and legal theory. Her scholarship has been published in distinguished journals such as the Fordham International Law Journal, Southern California Interdisciplinary Law Journal, and the Tulane European and Civil Law Forum. She has co-authored several book chapters and has been a guest blogger at the Business Law Professor Blog.